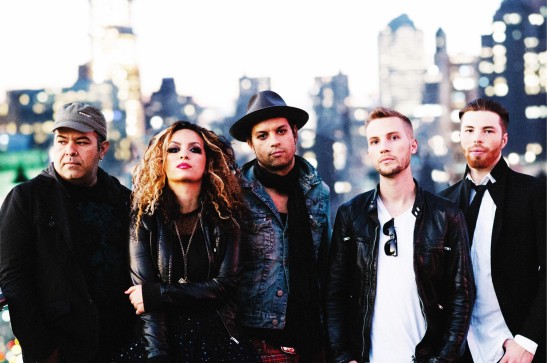 Usually I’m introduced to a band during live events and then I’ll search for their studio work (spotify and/or available CDs). The opposite effect has occurred when I first listened to Toronto based, Menage, Christmas song and then checked out their other music on Soundcloud. I was suddenly overwhelmed with their melodies and lyrics and at that moment I hoped they would come to the the LA area soon.

A few months later my wish was granted when they played a week in the SoCal area but of course availability was against me. Just when I thought my chances were over, I got a ticket for their very last show at the Hotel Cafe. I really could not contain my joy to finally Menage took the stage and it was magical!

I was so happy I was able to see them live because they put on one helluva show! I seriously love the way Bela and Fernando’s voices blend together and it makes me ache to hear more. And I have to say this….nicest people group of musicians!! It was great to see them talk to everyone who hung out afterwards. Finding a band who appreciates their fan base is harder than you realize. Those little moments go a long way with me. So if they’re playing in your area you have to check them out – you will not be disappointed.